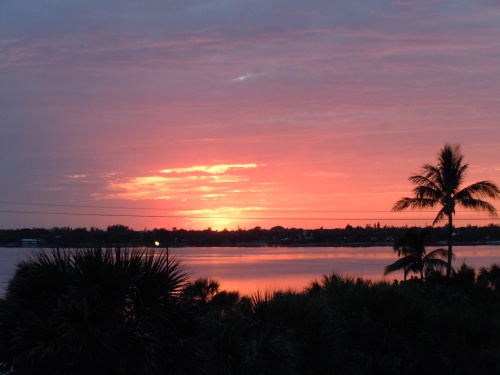 Snowbird is in my blood. I jump at any opportunity to go south during the cold northern winters. Just as a storm blew in, I boarded a plane to Florida for a five-day vacation.  Like a frozen item put up last summer, I lay on the beach until I was thawed from the outside all the way to my center. 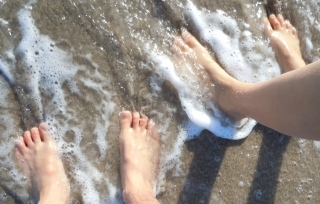 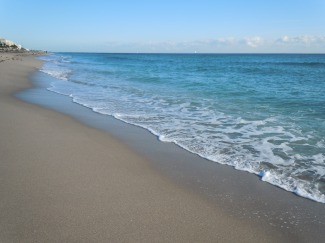 There is nothing more healing than the ocean, a good book, and a close friend. Connection to the Divine Feminine is inescapable when I sit staring out at the turquoise blue water. The tide reminds me how linked my female body is to the Moon. The waves teach me the impermanence of emotions. What builds and builds must be released eventually. Wisdom grows when we let go of what is not serving us any longer.

My power animal is currently the bird. Everywhere I turned there were seagulls, pigeons, osprey, pelicans, vultures, and ibis. Watching them soar above the sea reaffirmed my decision to spread my wings and fly this January. Only a few weeks ago I stood under the Grandmother tree at Kripalu while a storm blew in bringing more snow. I said goodbye to my home for the past eight months. I asked the tree, an elegant Camper Elm, if she would guide me and protect me while I spread my wings again. As I trudged through the snow back to my car, I began to laugh and run wildly like a child. The Grandmother tree was listening, “Spread those strong wings and soar!” she roared. 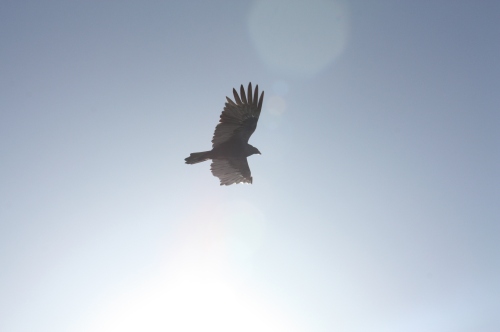 Could it be a coincidence that just after the Winter Solstice a bald eagle swooped above my head? This powerful bird of prey represents a great spiritual awakening after a period of strife. Shortly after this incredible omen, a red tailed hawk landed on a branch above my head. My winged friends are like angels watching over me, giving me hope to move forward without getting stuck in the past.

Signing off from 30,000 feet above sea level somewhere above the Carolinas. Were the “strong wings” Grandmother Tree referred to part of a fuel guzzling airplane? Doubtful, but it’s the best us humans have figured out so far.