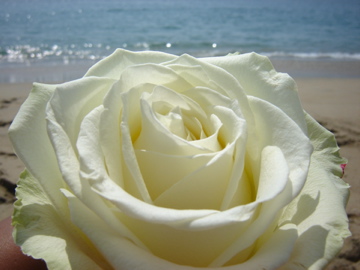 Every since I was able to talk, I made wishes on the stars. I still do. The day I left the banks of Río Azul, I asked the higher powers for a few things as I began another chapter of my journey in Argentina: safety, courage, beautiful nature, and a powerful feminine energy to be my guide.

Tears swelled in my eyes as I put on my shoes and strapped on my backpack by the river. This would probably be the last time I saw her crystal clear teal waters again. “Adios, mi río. Te amo,” I whispered. 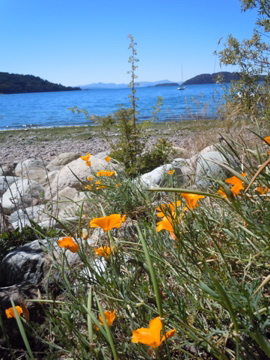 I heard someone behind me so I turned around a little startled. A young woman was pedaling her bicycle loaded with gear on the same dirt road I was about to walk along to town. How brave and strong she is, I thought. There is another young woman like me on her own journey. I took this moment as a sign that my prayers would be answered. The divine feminine would be a theme of the rest of my trip.

Along the trail to town trees were loaded with plums and ping-pong ball size blackberries glistened in the sun. I gathered handfuls and stuffed my mouth full as I hiked- sweet, sweet paradise.

The first thing I did when I arrived to town was head to la fería, the outdoor market to buy empanadas and ice cream. I noticed this was the first time I was going to eat alone in a very long time. Half of me was excited to catch up with myself, the other half missed the company of people.

Just before I got to the empanada stand, three women I recognized from the workshop called my name. “¡Hannah, venga!” We exchanged hugs and kisses. While sharing empanadas, local beer, waffles, and ice cream, we discussed our lives and plans for the next few weeks… and of course, boys. 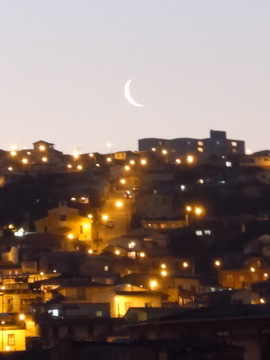 Within minutes I had made a whole new agenda for how I would spend the next two weeks. Instead of eating steak, clubbing, and visiting friends in Buenos Aires, I was going to travel north along the Seven Lakes road with a beautiful Chilean woman named Alejandra. She is passionate about her family, permaculture, architecture, vegetarianism, chocolate, travel, photography, and large bodies of water. We were not only a great match, but she hardly spoke English so I had the opportunity to engage in meaningful one on one conversations. 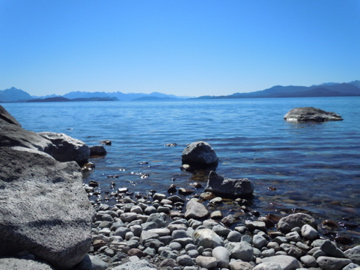 My new friend and I headed north to Bariloche where we indulged in chocolate and swam in the frigid waters of the grand Lago Nahuel Huapi. We camped by new bodies of water every night taking in the tranquility of deep glacial lakes in the heart of the Andes Mountains.

Fran hosted us for two nights when we reached San Martín de los Andes, a small town with lively parades and upbeat street theater. His mother, sister, and nephew invited us to have a picnic at Lago Hermoso, Beautiful Lake.

I can still hear the sounds of Fran strumming the guitar, Simón giggling on the beach, and his mother singing. ¡Qué día hermoso! I felt grateful to be sharing the day with a loving family who showed so much affection for one another, especially toward the one-year old nephew. I started to miss my family and home, desiring the deep connections I have with people who have known me longer than a few days.

Early the next morning Alej and I parted ways. She returned to Santiago to see her sister who was having a baby. I boarded the bus to Mendoza to visit Ana, a young woman I met when she came to the goat farm for a tour last fall. Ana was landscaping and gardening in northwestern Connecticut for eight months as part of her studies. She is from Argentina and lives with her wonderful family while finishing her degree in agriculture.

While Ana studied during the day, I explored the city, lounged in the sun, sipped coffee at one of the many cafes that line the car-less streets, and most importantly, caught up on sleep. 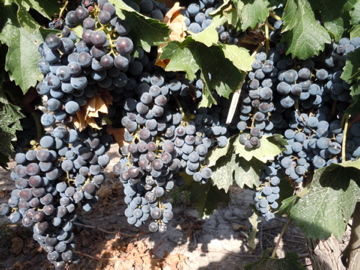 As much as I love to drink the fruit of the Earth, I am pretty ignorant when it comes to wine. Here are a few things I learned on a tour of a bodega, or winery: Torrentes (white grape in photos) is the only ‘native’ grape to Mendoza. I also learned that grape plants have to be at least 20 years old before the grapes are harvested to make wine. Many of the vines are between 90-120 years old. This information gives me much more respect for the production of wine. 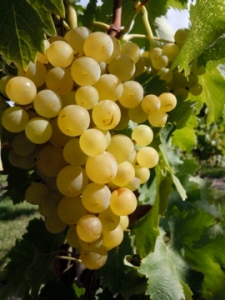 White grapes are harvested first because they mature earlier than red grapes, meaning they have enough sugar to make wine. I gave myself a tour of the vines and I have to agree with the experts, I wanted to bring a bag of the torrentes home, but the red grapes were still quite tart.

As my departure date moved closer, I began to feel more ready to return home. Living with such a lovely family in Mendoza caused my mind to wander to how great my community is in Western Mass. I had seen more than my brain could process in the last two months, and I was tired of traveling. One of my many lessons from exploring far away places is how to stay open and positive regarding all situations. My energy was very open and my attention had remained outward for long enough- I was ready to turn inward and reflect on my incredible journey.

I spent March 8, International Women’s Day, and also my last day in South America, by the Pacific Ocean. In accordance with my sign, Aquarius, bodies of water- lakes, rivers, and oceans- were a theme of my trip. I feel most alive and connected to nature when my body is in contact with water.

Alej invited me to stay with her at her home in Viña del Mar, Chile. Grape vines and the ocean…how could I resist? I went out with a bang and celebrated every last moment before boarding a plane! We did a yoga class in the morning followed by a hearty breakfast. I was in photography heaven as we strolled around Valparaíso, a city full of murals, graffiti, mosaics, and sculptures. This is what cities ought to look like- the celebration of artistic human expression and gardens everywhere. The fruit, vegetable, and fish markets overflowed into the streets. 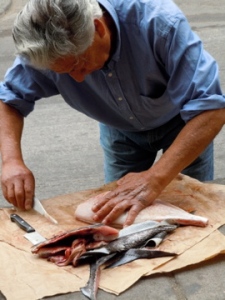 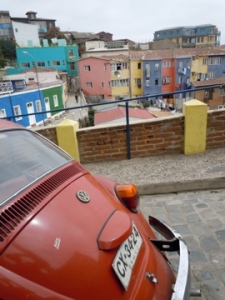 Seafood platters for lunch as we looked out over the ocean. Alej and I certainly felt like true goddesses that day. To top it off, we were each handed a white rose as we left the restaurant in honor of our womanhood.

I said goodbye to the Chilean coast and thought of everyone who I met on my trip, thanking them for their kindness and generosity. I thanked those at home who were praying for my safety. Lastly, I asked for a smooth journey to the airport and to take all I have experienced and learned from my travels back home to the States.

I began this adventure in South America with an old friend, Laura, and ended with a new friend, Alejandra. I met lots of beautiful people in between. My spirit is strengthened by my relationships with other nature-loving people. May we all find peace by surrendering to the beauty of the mountains, rivers, lakes, oceans, sun, moon, and stars. 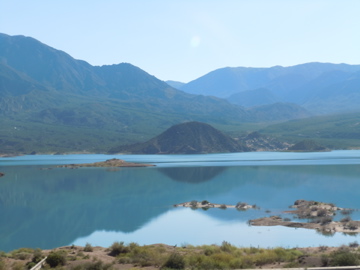