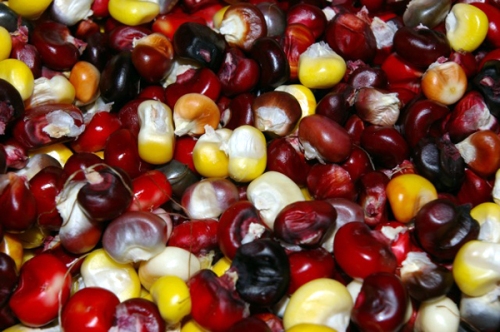 Corn, beans, and squash are three plants that can be grown together. Each one benefits the other- this is called companion planting. First, you plant the corn and wait for it to be a few inches high. Then, the pole beans are planted in a circle around the corn stalk, hopefully climbing up the stalk for support. Once the beans have sprouted, plant the squash, with the intention of shading out weeds with its large leaves. Corn also uses a lot of nitrogen to grow, so having the beans close by will “fix the nitrogen,” or put it back into the soil for next season. 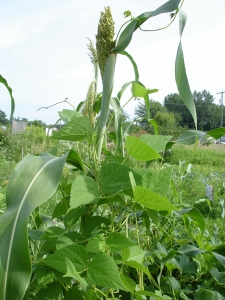 I tried this at a community garden with some success, but mostly it became a cluttered mess of plants that were more fun to look at than harvest. Maybe I need to practice again because timing and space are key. In our garden, we just plant them separately to make weeding and harvesting easier.

We prepared the three sisters for a Mexican themed dinner one evening to celebrate the harvest. Susan and I grew a multicolored hard kernel corn called Painted Mountain from FEDCO seed company. Once the corn had dried out, we took the kernels off, cooked them in water and pickling lime to remove the husks, then ground them with a grain mill to make flour for tortillas. 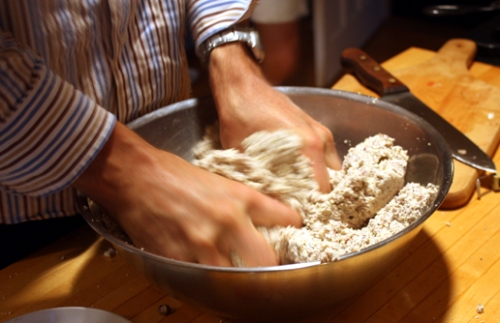 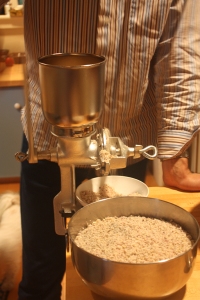 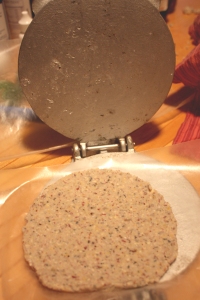 These were the most beautiful multi colored tortillas I’ve ever seen. Specks of blue, purple, yellow, pink, and red. We borrowed a friend’s tortilla press and Craig lightly fried them in oil. Mark shredded the queso fresco, a soft white cow cheese. 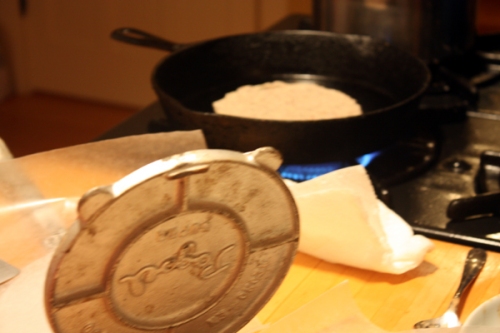 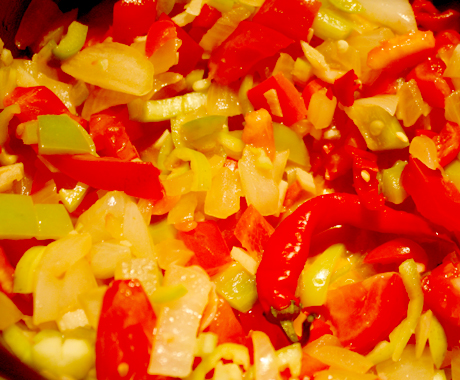 Susan cooked the dried tiger-eye beans from last summer with peppers, onions, and spices. She also made a fresh tomato salsa with cilantro and lime juice. We grew five varieties of hot peppers (Siberian, Hungarian, Jalepeño, Grandpa’s and Cayenne). So, we had to test each one for their heat and then I eventually made a hot pepper jelly, which I declare inedible for being way too spicy. Maybe it will make a good pesticide next year. 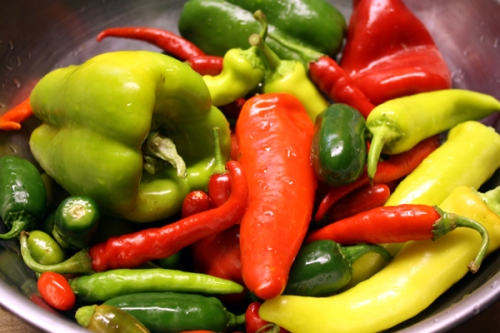 ¡La calabaza! I made a butternut squash soup with caramelized onions and cilantro to garnish. It was simple: boil potatoes, carrots, and squash until soft then I blended it with melted butter, maple syrup, and a little water. After reheating it on the stove, I added salt and pepper to taste. ¡Que rico y delicioso! 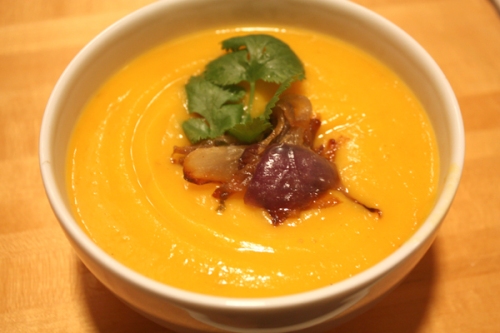 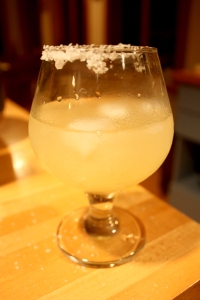 We finished with spicy chocolate tapioca. I must admit, the texture of tapioca does not appeal in the least ever since I can remember. However, this was a fine finishing touch that I think I would eat again. So long as chocolate is involved, I will eat it.

I must not forget the margaritas: José Cuervo tequila, orange liquer, and lime juice. We learned that taking small sips every so often is advised despite such a divine drink. Otherwise, I don’t think we would have made it to the dinner table. 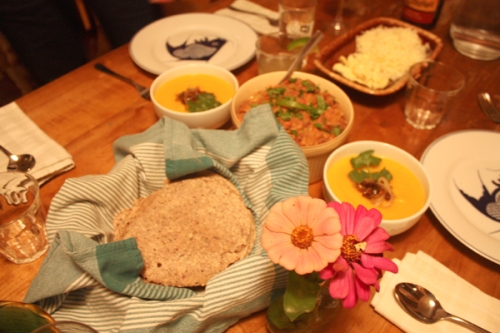 3 responses to “The Three Sisters”