Ok, fine. I surrender. It won’t be summer forever. Even the colorful fall leaves have blown away during the wind storm last week. And, the frost last night was serious. Fortunately I have stacked my wood and the stove is keeping me warm when the temperature drops at night. Additional blankets are necessary along with the flannel sheets again. Didn’t I just take them off in July?

It is much cooler here in the hills of the Berkshires than the Pioneer Valley where I am from. The last two years in a row I went backpacking over Colombus Day weekend with friends, but this year I stayed home and read by the fire instead. As the air turns cool and our garden is put to rest, I also feel like I could start slowing down. 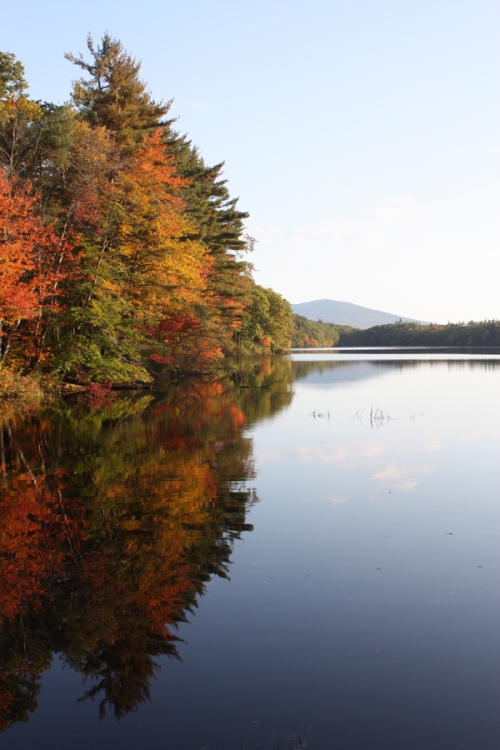 This may be the last time I have motivation to can anything. I am very well stocked up for the winter between frozen and canned goods. However, pink applesauce would be delicious so I think I’ll go pick some macouns and macs this afternoon.

Breeding season is beginning. The bucks stink horribly and they are standing at the far end of the fence near the does as if they are in a Romeo and Juliet production. The does also, thought less frequently, appear to be grazing near the fence closest to the bucks. Pretty soon with all the leaves off the trees they will be able to see one another, not just detect their smells.

We had our first goat go into heat yesterday. Astra, an older doe was yelling and standing off from the rest of the herd- a sign she is ovulating and wants a buck NOW. Soloman was the lucky one. As we walked him down to the barn, crowds of visitors watched. I felt somewhat embarrassed, but don’t know why. I suppose since it’s not a regular occurrence on the farm and usually there aren’t hoards of people watching, it was kind of a form of entertainment for them.

After I grabbed Astra by the collar and brought her to the sectioned off part of the barn, Susan walked in with Soloman. They circled one another for a minute and sniffed hind ends. He mounted the doe and Susan exclaimed, “She’s bred.” It was so fast! They went in opposite directions and that was that. Oct 11 breeding means March 11 kidding. 5 months gestation exactly.

But, I won’t show any pictures of that. Instead, how about a tantalizing meal I cooked with my Aunt Dorothy last weekend? 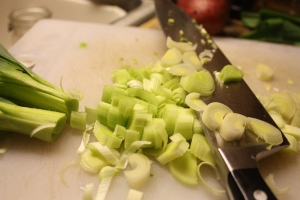 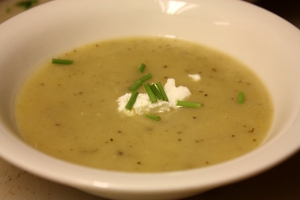 potato leek soup with a dallop of goat cheese 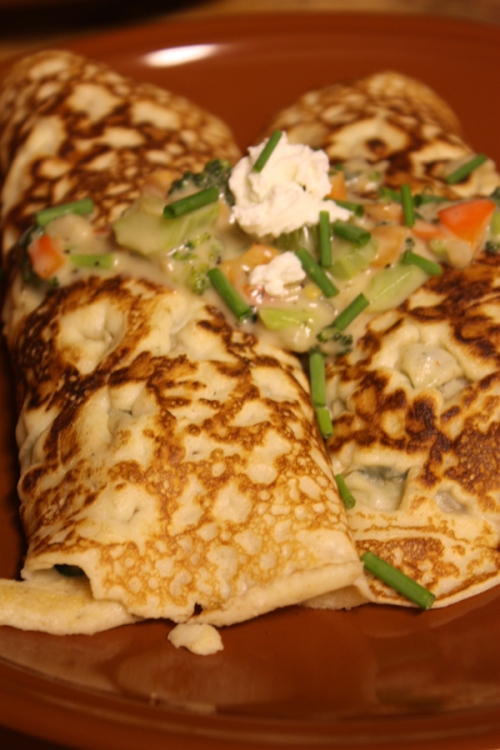 layering the buttercake with apricot jam

Don’t worry, I have been working very hard outside of the kitchen as well….

with  the help of Oliver of course.